The Colosseum area, the majestic amphitheater in Ancient Rome’s heart, has a timeless link with Rome’s history. But why was it decided to call it the Colosseum?

“As long as the Coliseum stands, Rome shall stand; when the Coliseum falls, Rome will fall; when Rome falls, the whole world will fall.”
Bede the Venerable (672? – 735 AD)

How old is the Rome Colosseum?

The Flavian amphitheater. This is the actual name of the Rome Colosseum. Emperor Vespasian built it, starting around 72 AD. He intended to counteract the image of Nero’s shaky regime and obtain the support of the Romans, who attended the shows for free. An artificial lake was drained, wanted by Nero for the Domus Aurea’s gardens, his costly palace. Vespasian died before seeing it completed.

Why was the Colosseum built? 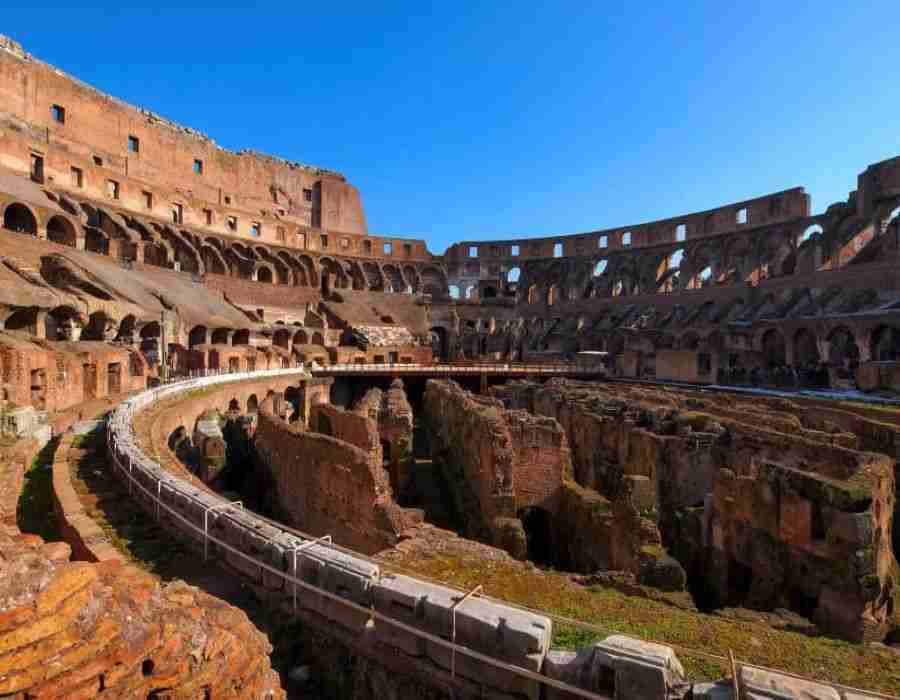 His son, Titus, inaugurated it in 80 AD. with 100 days of games and shows, including the spectacular “naumachia.” These were naval battles for which, thanks to an ingenious hydraulic system, they killed the arena with water. More than 5000 animals were killed during the festivities, simulating hunts for elephants, tigers, lions, hippos, panthers, and leopards.

Tito added the third and fourth rings. His brother Domitian built the upper floor with wooden terraces to accommodate the people. To accommodate gladiators and wild beasts, he also made the basement. Thus, the surprise effect was guaranteed when wrestlers and animals climbed onto the arena inside large cages raised by ingenious hoists. The arena’s floor was built of wood and sprinkled with sand, suitable for absorbing the blood spilled during the fighting.

Why was the Colosseum destroyed?

Indeed, after the fall of the Roman Empire, it lost its primary function. Several fires damaged the Coliseum, the first in 217 AD. It became a burial place and a fortress and suffered severe damage with earthquakes. The symbol of Rome’s power was so important that numerous restorations followed one another in the centuries to come. After the earthquakes of the thirteenth and fourteenth centuries, the Flavian Amphitheater was abandoned to its well-known fate: it became a marble quarry for numerous churches and palaces in Rome and Italy. The earth covered the underlying Roman Forums, and for centuries, it consigned them to oblivion. This large green area served as a pasture for cows and was known as Campo Vaccino.
Finally, in 1744, Pope Benedict XIV forbade any further removal placing the Cross’s Stations in the arena.  Every year the Via Crucis takes place inside the Colosseum ever since.

Why do we call it Colosseum?

But why was it decided to call it the Colosseum? They began to call it Colosseum during the Middle Ages; there is no actual evidence as to why. The most accredited hypothesis is that we wanted to refer to its Colossal dimensions. However, historians believe that the colossus to which they referred was the bronze statue of Nero, also colossal. Located near the Domus Aurea, it was over 30 meters high and resembled the colossus of Rhodes. Around 127 AD, Emperor Hadrian had it placed near the Colosseum. Hi changed its appearance, placing a crown with seven rays of 6 meters each on his head to represent the Sun god.

Since in 600 A.D. the Flavian amphitheater was still called by its original name, Bede’s prophecy in the quotation refers precisely to Nero’s Colossus. 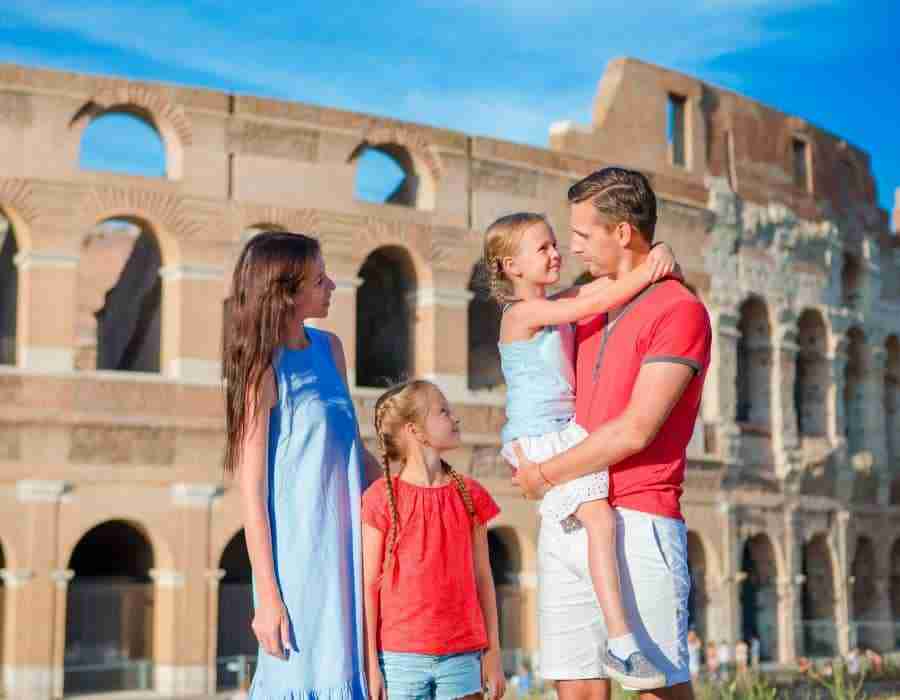 Colosseum Tours are certainly the most suitable for children, who can ask anything to our children-friendly guides.

In front of the Colosseum, Rome’s most iconic monument, you will appreciate its monumental and perfect proportions. Once you step inside, it will become clear why this extraordinary engineering feat is still a modern stadium model.

The tour includes a visit to the Roman Forum and Palatine Hill. In this vast and vibrant area, one of the most significant archaeological sites on earth, excavations continue today.

The territory is a dense complex of structures from different eras, incomprehensible without the explanations of an expert and passionate guide. By exploring the political, religious, and economic center of the entire Roman world, you will give life to the Empire’s glories.