From St. Peter’s Basilica to the Spanish Steps: this Rome Instagram spots private walking tour is a riot of Roman Baroque masterpieces. The major Italian artists in this artistic current built the most scenic city globally. Its dynamism is still alive, and you can perceive it by following an expert private guide through the most instagrammable places in Rome. Discovering the true beauty of this incomparable city, you will get to know its history and legends. This itinerary includes 8 must-see monuments.

What's Included in Roma in a Day

Meet your guide 5 minutes before the tour starts in St. Peter’s Square (8:55 am or 2.55 pm) under Rome’s most prominent Egyptian obelisk. The guide will hold a sign with your name. The closest underground station is “Ottaviano.”

The Rome Instagram Spots tour includes all the following sites:

Magical morning photographs of the Square (within 9:00 am except for Wednesday and Sunday morning) are the reasons why we include it as the first stop of this best of Rome tour. The Saints surmounting the monumental façade are the message of the Catholic Church offering protection to its worshippers. The immense theatrical colonnade mimes the warm embrace that you will never forget. Discover its secret with your guide.

Castel Sant’Angelo and its Bridge

Walking through Via Della Conciliazione, ideally connecting the Vatican to Rome, you will reach the imponent Adrian’s mausoleum.
The Archangel Michael dominates the top of this perfectly preserved second-century building. Dating 1752, the bronze angel hides the legend that your private guide will reveal. Today, the ancient mausoleum houses a famous museum, but it was a fortress, a prison, and a Papal residence in case of war. A secret passage connects the Vatican to Castel Sant’Angelo.

Choose your guardian angel crossing the famous bridge and post your unique picture! The parade of angels designed by Bernini generously enriches the original Roman structure, which crosses the Tiber. Stunning views ensure amazing photos. Walking through Via Dei Coronari, you will breathe the atmosphere of a real ancient street.
You will continue the tour along the famous Via dei Coronari, the street of antique dealers. Shops full of objects and furniture of all kinds follow one after another, transmitting to the passer-by the feeling of living in another era.

This private tour of Rome is the right choice to learn numerous historical details. For example, your guide will tell how Bernini obtained the job of restoring the Square and building the spectacular fountain in its center. The fountain of the four rivers, representing the four continents, is not the only attraction of this SquareSquare, which foundation is Domiziano Circus, which is still visible. This Square has been among the Instagrammable places of Rome since the days of the Grand Tour!

Your guided Rome Instagram spots tour continues with a timeless building. Dating back to AD 128, the Pantheon survives intact after 2000 years! The temple of all gods, built in honor of Agrippa by Emperor Adrian, is now a Christian Church housing the tombs of the kings of Italy and Raffael. The round building has the most immense unreinforced concrete dome in the world. The unique opening of the temple is the 9 meters oculus on the top of its dome.

The water of the Piazza Della Rotonda fountain, surmounted by one of the numerous Egyptian obelisks, offers the perfect setting for your pictures.

A few steps away stands the impressive remains of Adrian’s Temple columns.

“It’s wonderful!” exclaimed Anita Ekberg. She had a privileged perspective, but even from our point of view, the spectator can’t turn his face from this magnetic attraction, the most photographed in the world. This architectural monument was built on the wall of a Palace and at the end of an ancient aqueduct. Legends and myths symbolize the fountain’s history, sculpted in rocky scenery.

The last place on the Instagram tour of Rome we included in this walking tour is the Spanish Steps complex. One needs a knowledgeable guide to know all about its history and name. The French Church of Trinità Dei Monti stands above the impressive stairway. At its feet, the same water of the Trevi Fountain pours into the “Barcaccia,” the white marble boat sculpted by Pietro Bernini, the father of the more famous Lorenzo.

We suggest avoiding strollers and using a baby sling instead. Since Rome is an old town with cobblestone streets, strollers might face architectural barriers, as well as wheelchairs and walkers. 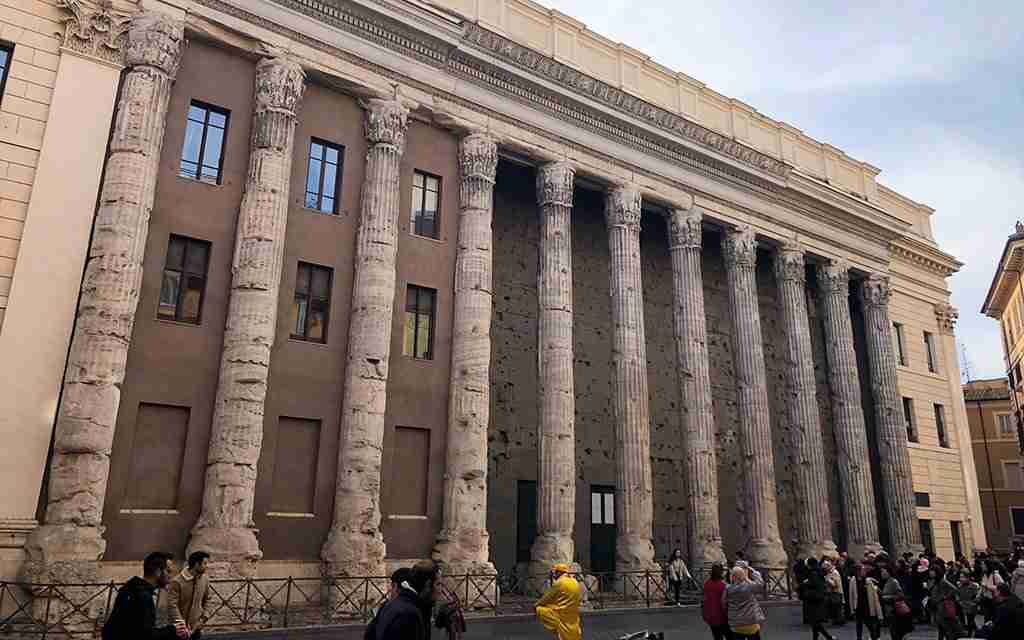 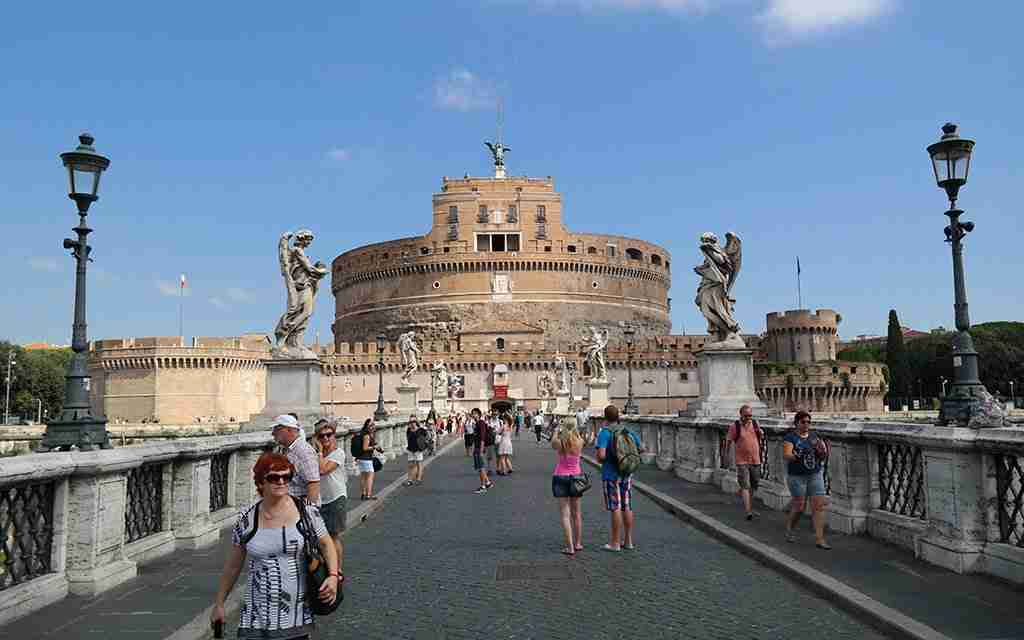 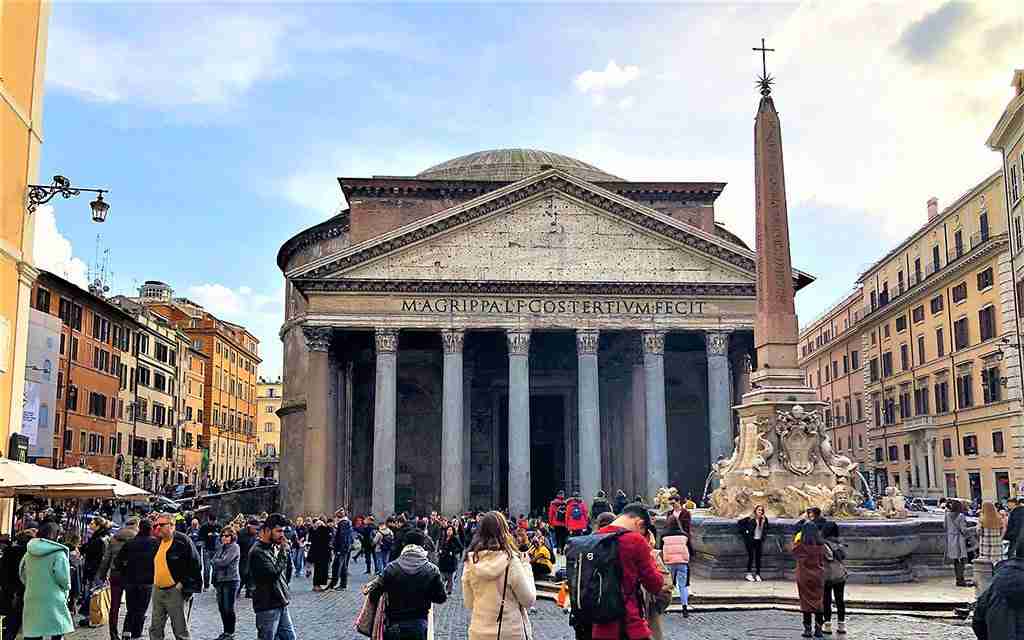 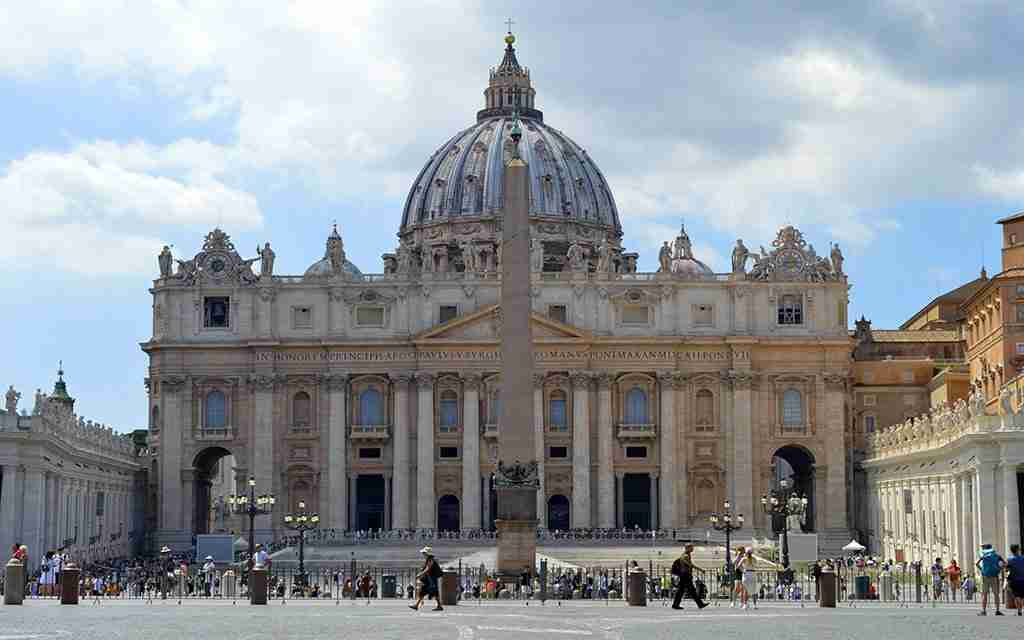 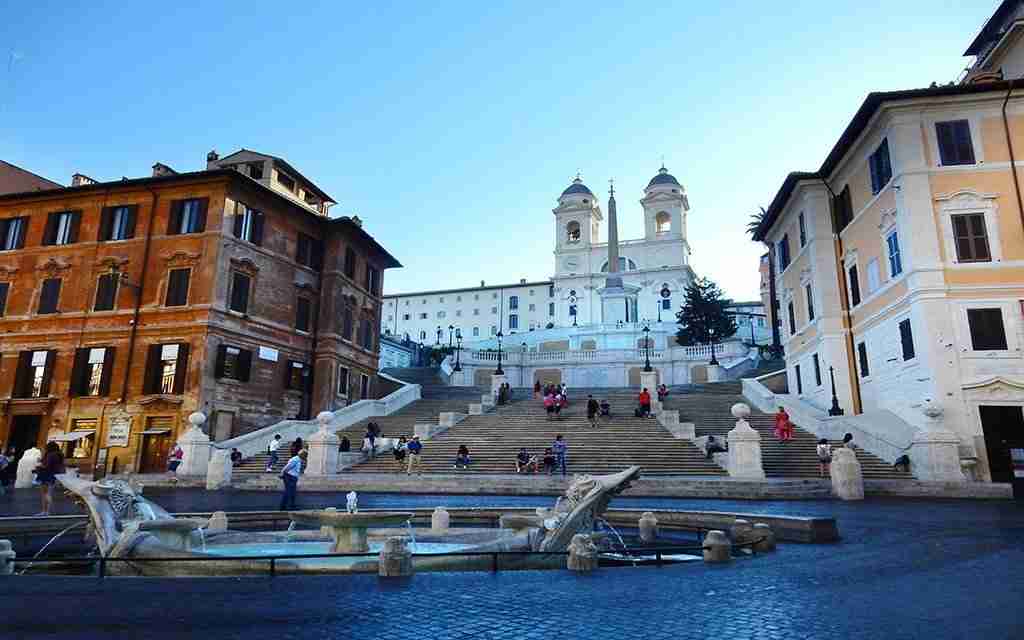 Where can I take pictures in Rome? No worries! Every corner of Rome is perfect, and every scenery is suitable for a selfie! If you are short in time and want to focus on the best sites for your memory album or your Instagram posts, consider the itinerary above. 3 hours only with a knowledgeable private guide, no maps to consult, and useful information to add to your cultural tour!

Are you looking for the best Instagram Spots in Rome?