Best of Rome from Civitavecchia Port is the ideal tour to concentrate Rome’s most famous sites in less than 12 hours, including port transfers! You will discover the most important attractions of Rome, moving comfortably by luxury Mercedes car from one place to another. The most complete and comfortable tour you can find in Rome and certainly the best way to visit the city with a full-day private certified guide. Your driver will be waiting for you to take you to the meeting with your guide. Our staff will coordinate each stage of your tour to ensure you return to the port on schedule. The excursion includes a delicious lunch in a selected restaurant.

Included in the Best of Rome from Civitavecchia tour:

Pick up details and other info:

We will pick you up at 7:30 from your ship’s dock and bring you back to the port on time for your departure. Timing is customizable according to disembark and embarkation time. Remember to check it and share it with us.

Additional Info about the Shore Excursion to Rome

The tour might start with the Vatican Tour, the Fountains and Square Tour, and the Colosseum Tour. On request, it is possible to organize the tour at different times, based on the Vatican and Colosseum availability. The Pope may reserve the right to close Sistine Chapel and Basilica without notice. If we cannot plan the tour differently, the guide will explain the sites from the outside. Our agency always does everything possible to reorganize the visit with other times, to allow all guests to enjoy everything described above. It is impossible to bring large backpacks and bags and large umbrellas into the sites. Handbags, small backpacks, and foldable umbrellas are allowed. It is mandatory to cover shoulders and knees before entering the Basilica and the Sistine Chapel.

On Sundays and religious holidays, the Vatican is closed. Due to the Wow Tour’s high request, we designed a Sunday in Rome experience with the Capitoline Museum in its place. The Capitoline Museum looks onto the famous Capitoline Hill, a museum itself. On its top, you enjoy spectacular views over the Roman Forums!

The Capitoline Museum is very dear to the Romans. It houses magnificent sculptures reminding the city’s glorious past, like the She-Wolf and Marco Aurelio statue’s bronze originals. Among the places to visit in Rome, it is also on the top of the list for its Picture Gallery, with masterpieces of Caravaggio, among others who wrote Italian art history.

Start at the Arch of Constantine and then move onto the colossal theater, the Coliseum, where fights between gladiators and beasts took place to please bloodthirsty Roman Emperors.

Upwards of 50,000 spectators would gather beneath the cool awnings to witness the cruel battles unfold. Many events took place in the grand Coliseum arena, but we will leave the details to your private guide!

Now pass through the Roman Forums – the ancient marketplace where day-to-day life continued unabated for centuries with many a triumphal procession, public speech, gladiatorial march, and political campaign run in its surrounds. The rich archaeological history of the Roman Forum now attracts upwards of 4.5 million sightseers a year.

Listen to the tales of your private guide as they recount stories of Julius Caesar, who orchestrated the construction in 46 B.C. Other Emperors continued to develop the space through to AD 608. Then take in the Sacred Way, the route of victorious generals as they returned from battle in triumph.

One of the Roma Forum’s most striking features is this Temple of Castor and Pollux; three 40-foot high Corinthian columns reach the sky. The Temple of Antonius and Faustina is one of the few structures maintaining much of its original form, while the enormous Basilica of Maxentius preserves its impressive stature. Finally, the Arch of Titus is an excellent introduction to the panoramic hill of the Palatine.

According to ancient legend, Romulus founded Rome on the Palatine hill in 753 B.C. Following his actions, the Emperors built their opulent homes for the rest of the civilization to enjoy. Take part in this tour of Rome in one day and walk in the same footsteps of Roman Emperors who lived more than 2,000 years before you, bringing more than two millennia of history to life.

Your next stop to the best of Rome from Civitavecchia Port will be Vatican city. Home to countless Popes, there are few more uplifting sights than this spiritually enriching setting. With its sublime “Last Judgment” by Michelangelo, the unmissable Sistine Chapel might be one, as this masterpiece draws crowds from far and wide.

Despite much on offer, you will leave the Vatican feeling educated and informed following your certified guide. Among the galleries of the Vatican Museum, you will enjoy a unique collection of mosaics, ancient Greek and Roman sculptures, as well as the magnificent Raphael Rooms, once the official residence of the Pope himself.

Now, your tour of Rome in 1 day will continue onto the 16th century St. Peter’s Basilica. Thanks to your private guide, you will gain access through a hidden door. First, admire Michelangelo’s “Pietà,” then take in other highlights that include the Pope’s tombs before finally setting your gaze on the towering Basilica of St. Peter. It is the largest Christian Church globally and guaranteed to amaze all who visit.

Just before ending your tour of the Vatican, you will enjoy the curved colonnades of St. Peter’s Square before a brief sighting of the Pope’s Balcony.

Remember to cover knees and shoulders before entering the Sistine Chapel and the St. Peter’s Basilica.

Next, proceed to Spanish Steps, one of Rome’s most famous places to visit. Admire the Church of Trinità dei Monti, which sits at the top of the renowned stairwell with the Fontana Della Barcaccia at its foot. As you stand and listen to your guide, you will wonder how they were ever able to complete the marvelous Spanish Steps.

Hidden down the city’s narrow backstreets, Fontana di Trevi is a secretive masterpiece and perhaps the most spectacular fountain in Rome. It stands at the end of one of the ancient aqueducts that supplied the Roman empire with water. This iconic setting attracts many visitors if only for them to toss a coin into Trevi Fountain waters to ensure their safe return to Rome at some stage in the future.

A true masterpiece among the places to visit in Rome included in your Rome in a Day tour: The Pantheon. Immaculately preserved and seemingly just a few centuries old, it isn’t easy to believe that the structure was finished in AD 128 by Emperor Hadrian. The square in front of the Pantheon is a gathering place for locals. Its decorative 16th-century fountain sits beneath an Egyptian obelisk.

Finish the perfect day in Rome with a trip to Navona square, one of the city’s most prominent squares. This space is among the most famous Rome highlights for one primary reason: Bernini’s “Fountain of the Four Rivers.” Built to represent The Nile, The Ganges, The Danube, and Rio de la Plata. Piazza Navona is the atelier of artists who arrive to peddle their wares daily.

Between 1 pm and 2 pm, you will be offered lunch in a selected restaurant, as included in the tour price.

Giorni: Every day Except 25 Dec 1 Jan

Departure: 7:30 from the Port or on request 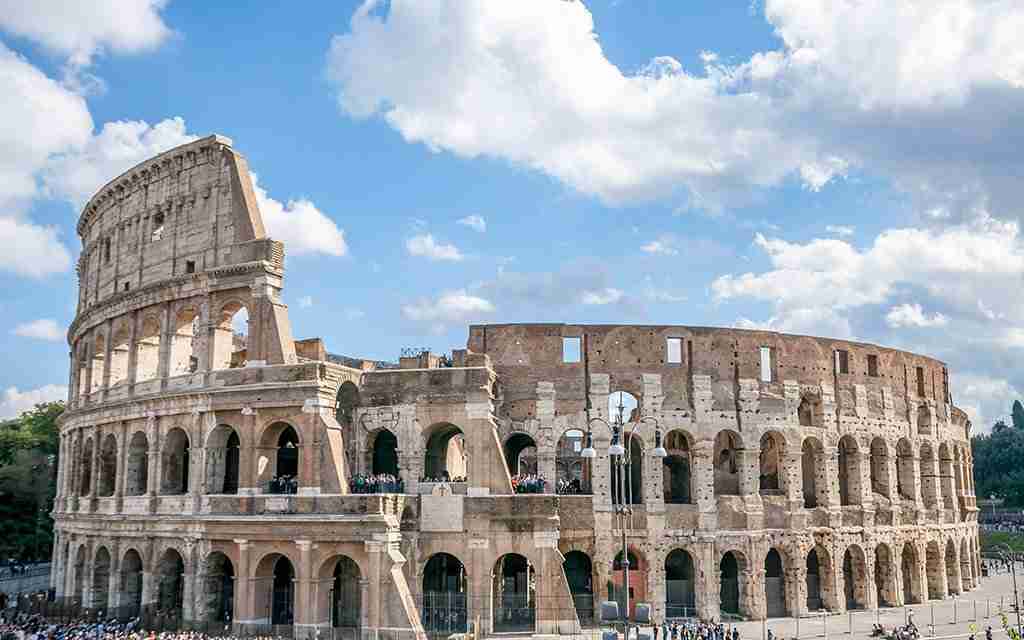 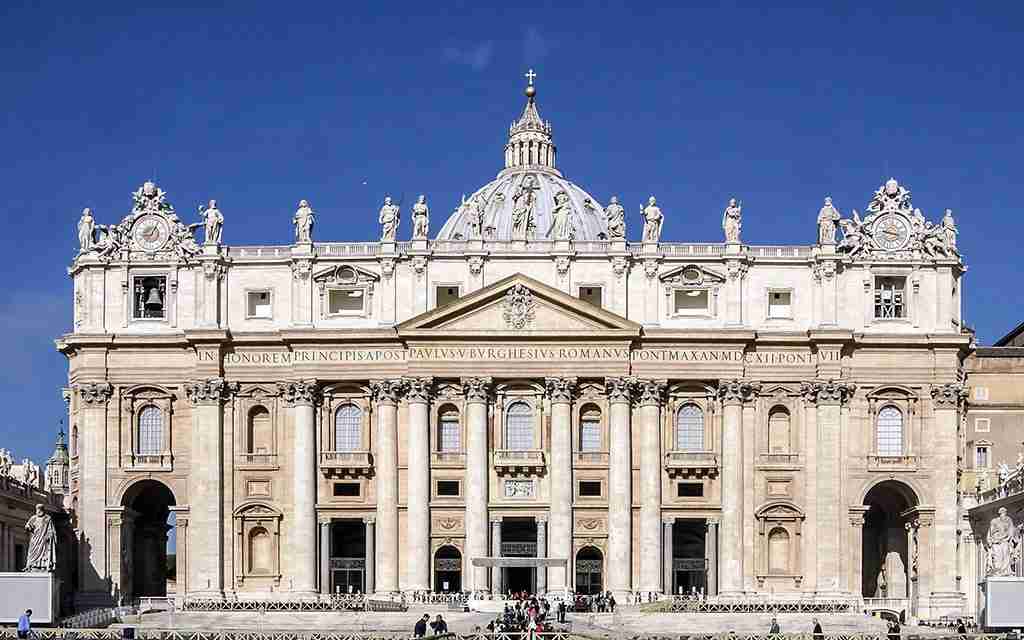 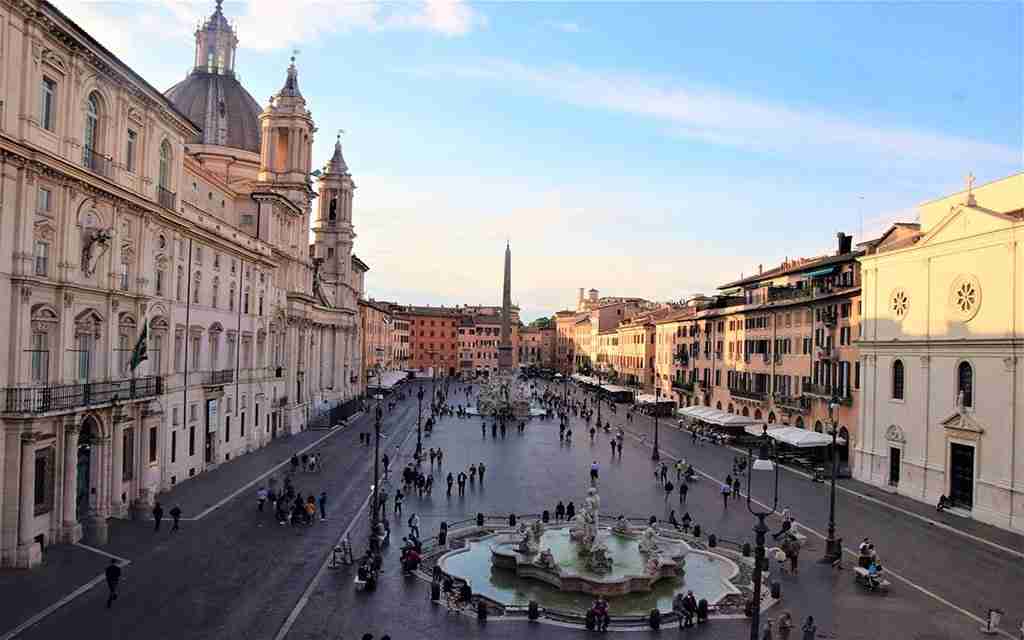 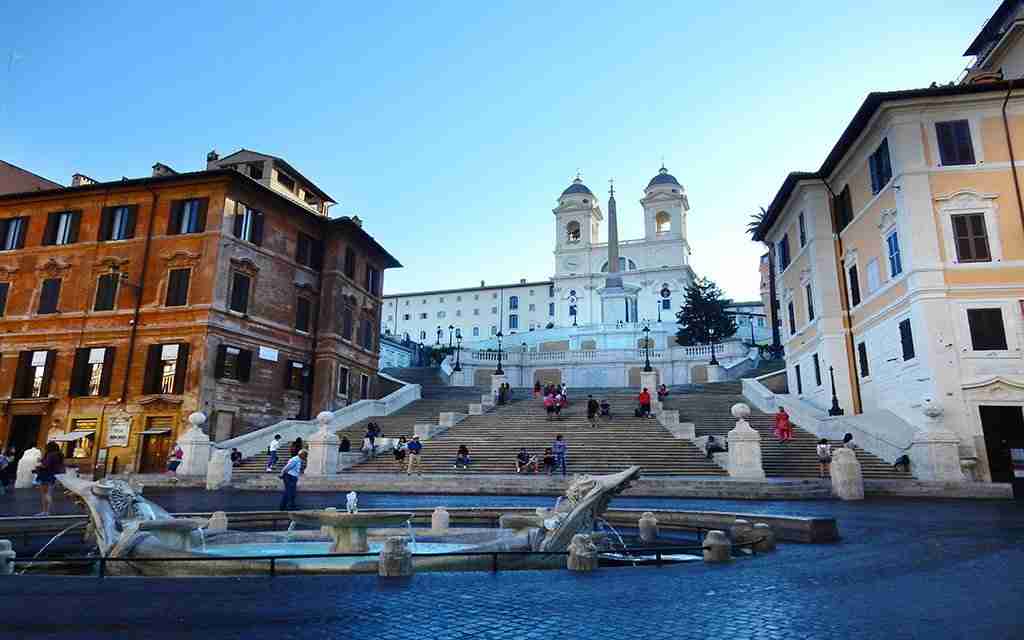 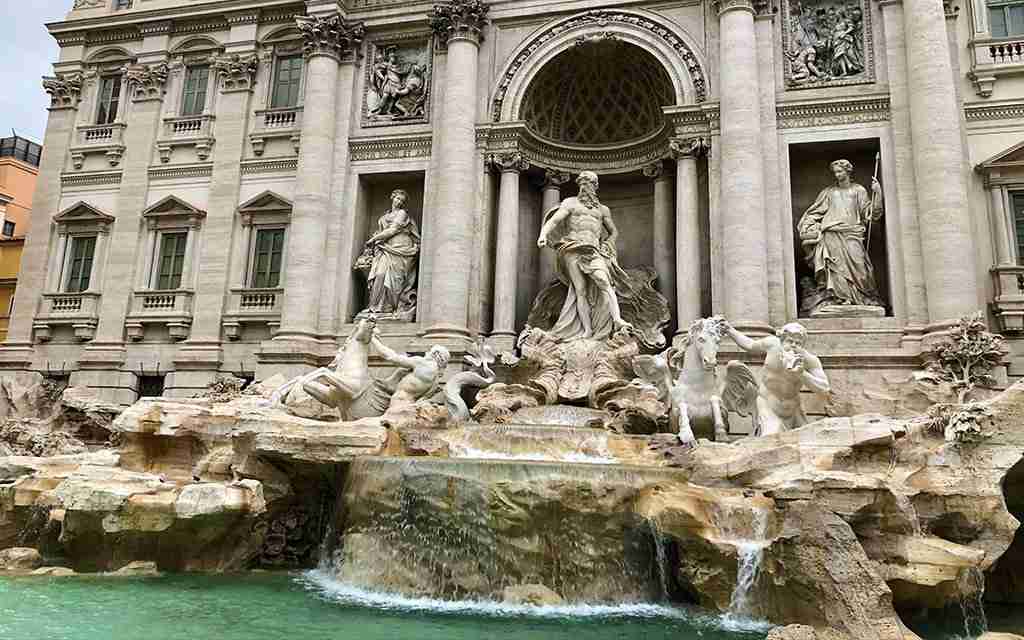 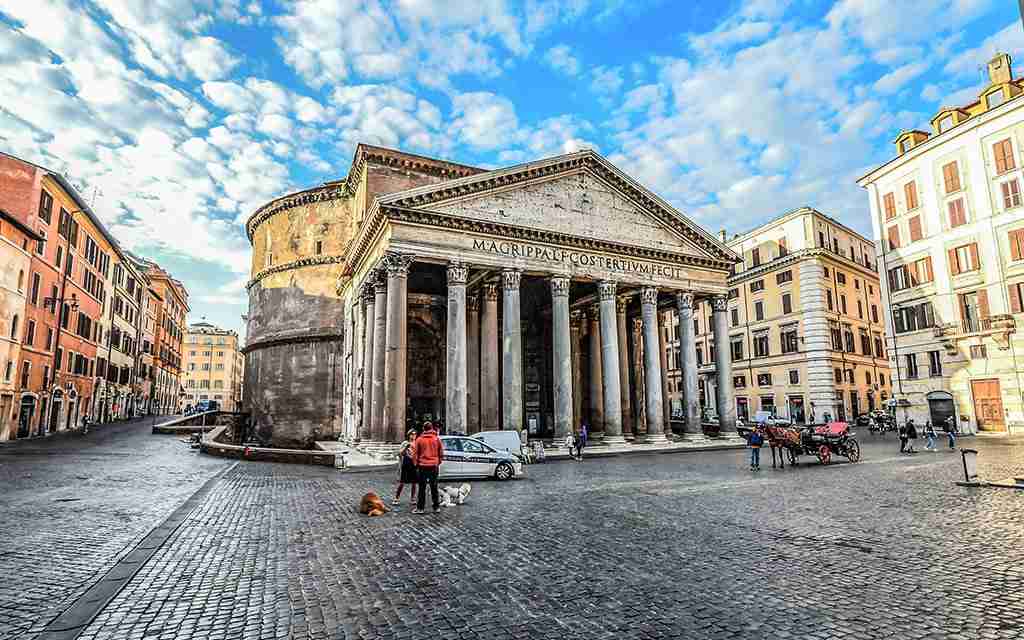 Is one day enough for a tour of Rome from Civitavecchia Port?
We leave the answer to our customers: Pat wrote: “Amazing way to take in the major sites in Rome in a short period of time
This was an outstanding tour and well worth the money that we paid. The driver took us to the Colosseum, where we met our tour guide for the day, Alexander, and Lydia, who made sure that questions we had were answer and that everything was going smoothly before she took her leave. We saw her again at lunch, just to check in. Alexander was very knowledgeable and was an excellent source of historical and architectural information. After the Colosseum, we visited the Roman Forum, and the met our driver on the street, where he took us to the Pantheon, Trevi Fountain, the Spanish Steps, and Piazza Navona. We then had lunch at a restaurant near the Vatican, Spaghetti. The food was excellent. We then walked to the Vatican Museum, where we spent the rest of the day touring the Vatican museums, the Sistine Chapel, and St. Peter’s Basilica. All in all, it was an excellent day.”

Are you looking for the most complete Shore Excursion in Rome?

Let us show you the capital of Italy and of the Roman Empire. Our expert guides will deliver the best possible Rome experience. Have fun and bring home unforgettable memories strolling by the world-famous fountains and squares of Rome. We tailor-make each holiday to your specific requirements: discovering the hidden scenery of the eternal city will be a great adventure.