Accessible Rome tour is for those who want to discover the pillars of the Roman Empire! It is for all, even if designed to avoid architectural barriers in Rome. The driver will accompany you to Capitoline Hill, the starting point of this guided tour, with 7 stops in 1500 meters. On its top, Michelangelo designed the actual marvelous Square. If only for the Monumental Square with the Marco Aurelio equestrian statue and the killing views on the Roman Forum, this is one of the must-see spots of Rome. Going down the hill, you will pass by the copy of the she-wolf that nursed Romolo and Remo. Next, you will stop to hear the history of the Empire while admiring its fascinating ruins. You will visit a unicum, the Saints Cosma and Damiano Basilic. Finally, you will enter the Colosseum; if it still needs to be presented, we invite you to read more below.

Included in the tour “Accessible Rome”:

• Departure from your Hotel/Apartment/B&B
• 3 hours private certified guide
• Free Colosseum entrance tickets for participants with certification to bring along to be shown at the Colosseum entrance
• COVID 19 safety measures: face mask and hand sanitizer available to travelers and staff (social distancing from other visitors enforced: temperature checks for everybody entering museums and archaeological sites).

Pick up details and other info

The departure time with a private car is at 9:00 or 15:00, but it is customizable! We pick you up from all hotels, apartments, and B & Bs in Rome (within a radius of 7 kilometers from the Pantheon). For a surcharge, we will pick you up at other locations or at the dock of your ship, where we will bring you back in time for departure.
It is impossible to introduce large backpacks and bags and large umbrellas inside the sites. However, handbags, small packs, and resealable umbrellas are allowed.

The Colosseum/Forum ticket is valid 24 hours. You can enter the Roman Forum area with elevators and an accessible pathway with the same ticket.

Capitoline hill is the most important of the seven hills of Rome. In fact, after 3000 years, it still is the center of Roman political life. Your guide will not only explain the fascinating origin of the word Capitol but also all the restyling of this fantastic place. On the Tabularium, the Ancient Rome State Archive sits the city hall seat today. In the 16th century, Michelangelo designed today’s harmonious Square, flanked by the two aisles of the Capitoline Museums and closed by the Senatorial Palace. Marcus Aurelio Statue dominates its center.

Roman Forum (from outside)

We will not enter the Forum but will have the opportunity to understand its magnificence from three different perspectives. First, you will admire the rest of the ancient Basilicas, the political center of the Empire. Second, your guide will also explain the significance of the temples and other religious buildings.
The original sacred way is still there and is easily recognizable from above.

Incredible but true: at the time of Emperor Traian, behind his Forum, there was the first shopping center in the world. The building is known as Trajan’s Markets, dates 112 – 113 a.D. and is still there, incredibly preserved!

The history of this Basilica is very ancient, as the history of the two benefactor medicians. The incredible 6th Century mosaic of the apse is rich in Christian symbols, and the Chapel of the Crucifixion houses one of the rare dressed Christs. The Church sits on a round building with original bronze doors facing the Forum. Thanks to a glass wall, you will see it from the inside of the Basilica.

You will finally enter the Colosseum; thanks to a modern elevator, we can now include it in the Accessible Rome tour! During this tour, even children will be fascinated by our professional guides’ anecdotes! The Roman Colosseum is Rome’s most famous landmark, known as The Flavian Amphitheater. The Imperial Dynasty built it in only 2 years and 9 months and inaugurated it in 80 A. D.,  So why do we call it Colosseum? Your guide will tell you many stories about this glorious monument, and at the end of this tour, you will bring 3000 years of history to life through time.

Remember to keep the Colosseum ticket:

The Colosseum/ Forum ticket is valid 24 hours. You can enter the Roman Forum area with elevators and an accessible pathway with the same ticket.

Days of operation: Every day except 25 Dec e 1 May 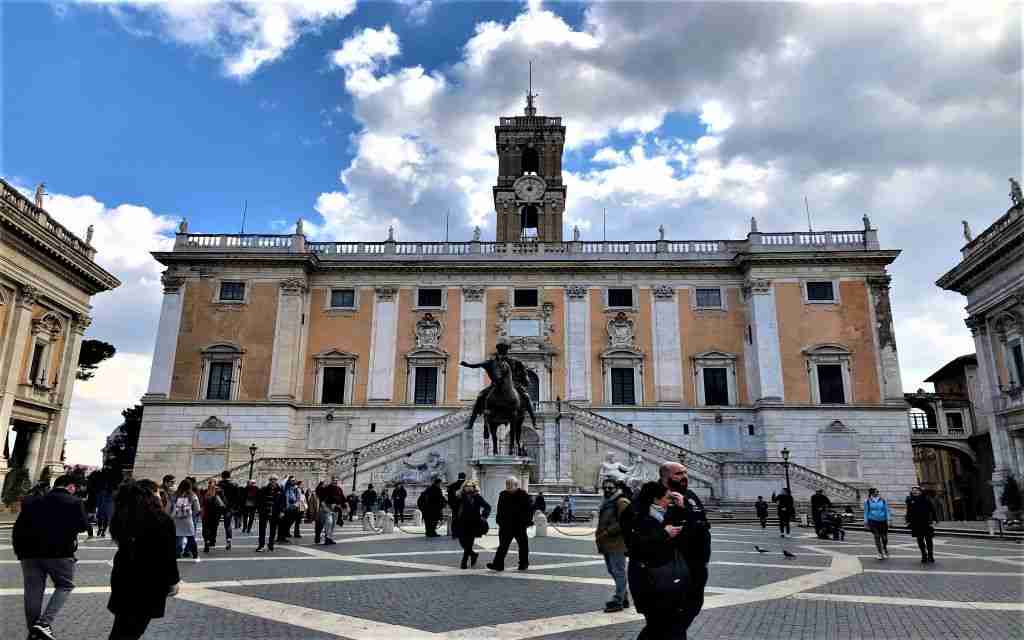 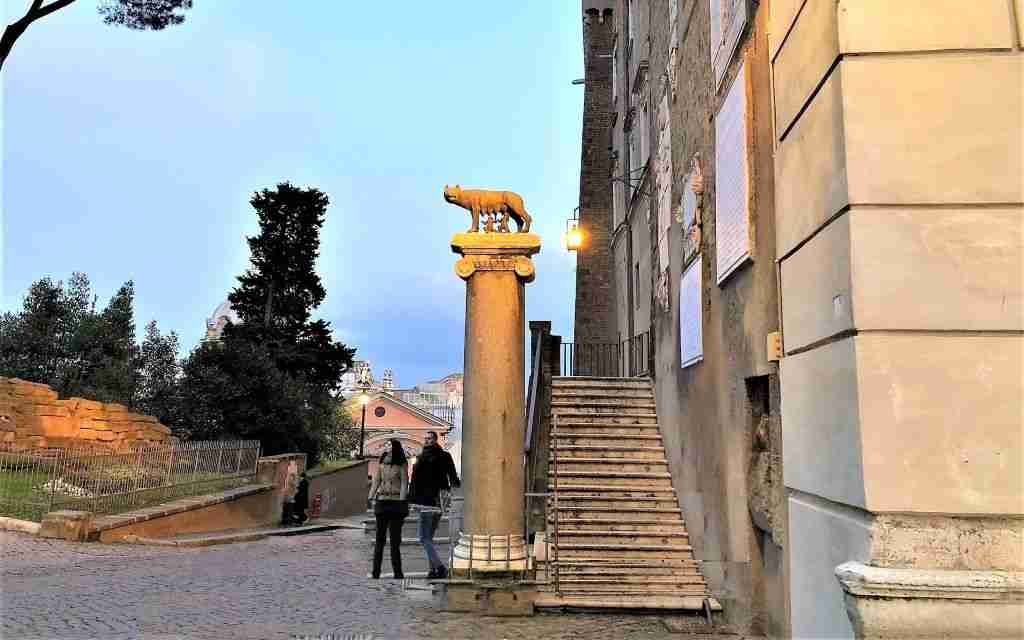 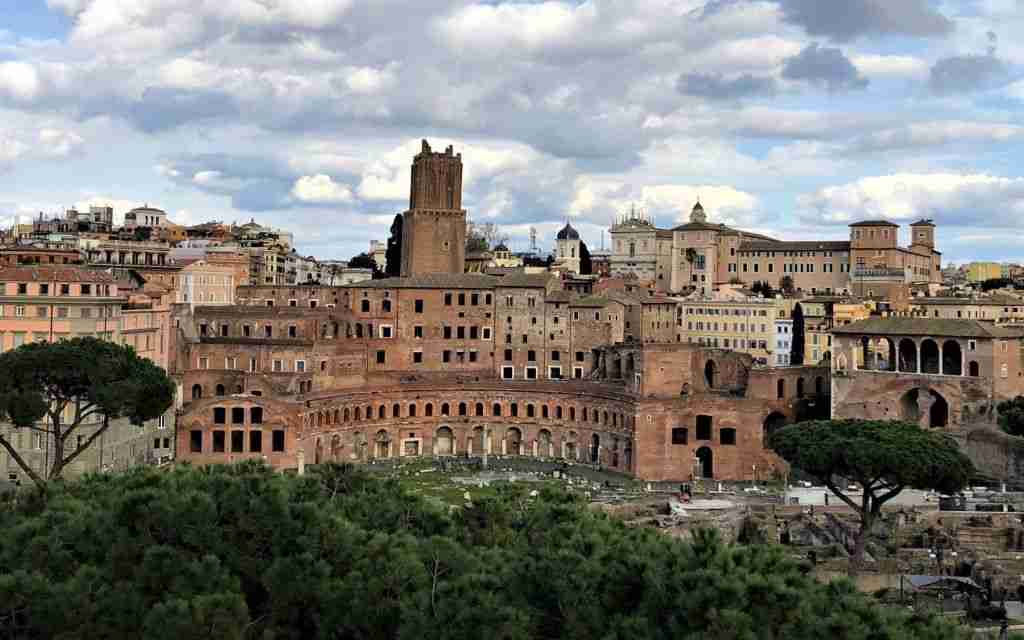 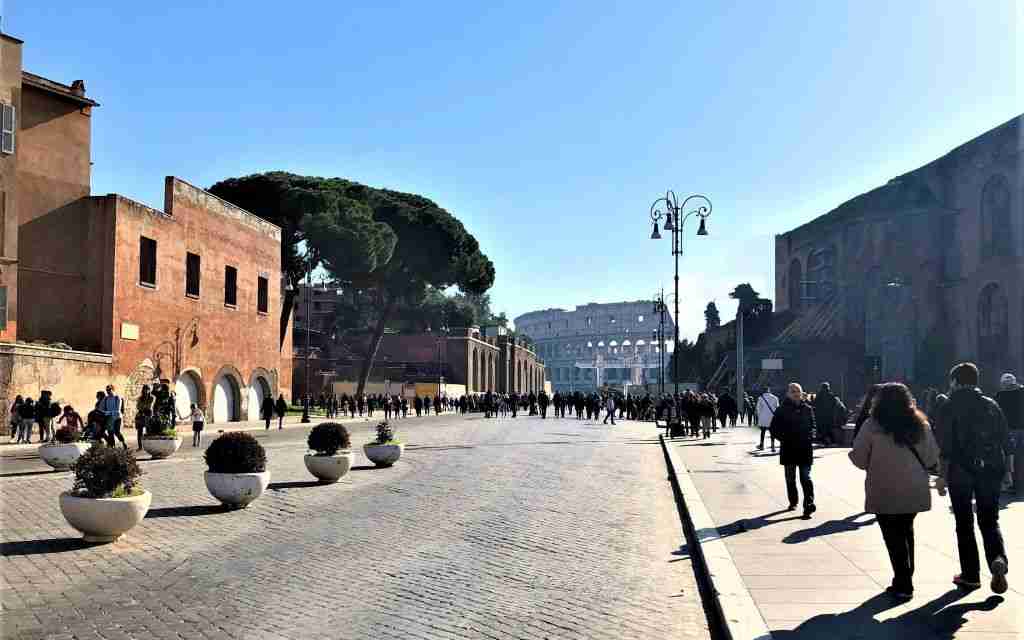 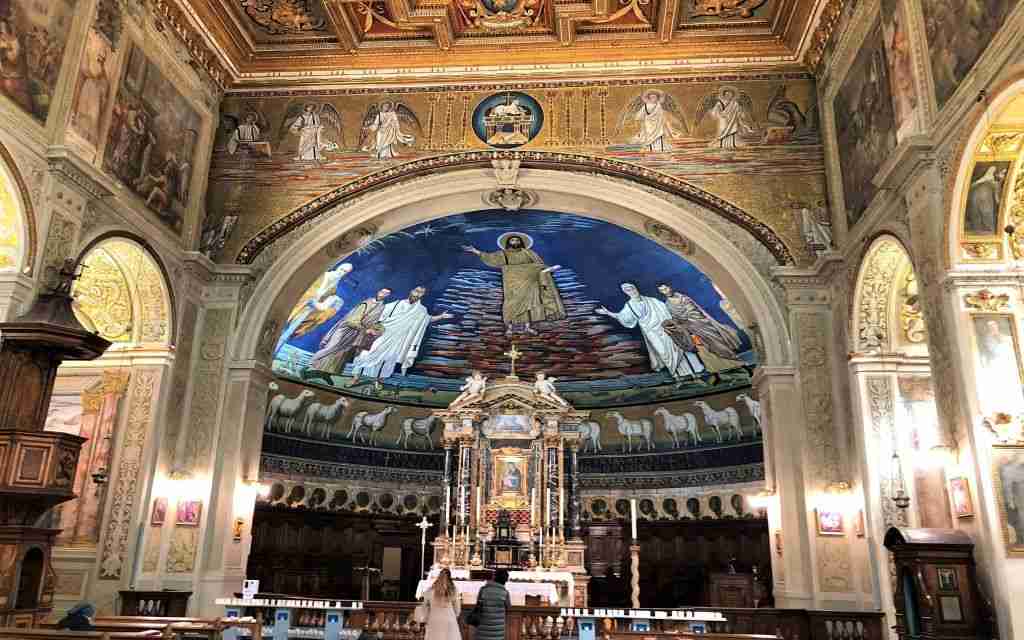 The best way to discover Rome is on foot, to immerse yourself in everyday life. We know that it is not an easy task in the presence of mobility problems because Rome is an ancient city with many cobblestone streets and architectural barriers! However, there are still many places that we can all enjoy. Much has been done to overcome these problems. The creators of Mapful came up with the idea of ​​mapping those places together with basic public services like pharmacies and restrooms. They helped us design this itinerary. In the meantime, download the Mapful App for free, which is also available for Android and Apple devices.

Do you want to plan the greatest Ancient Rome Experience?